Author Jim Morrison is an award-winning reporter and former home inspector whose writing has appeared in The Boston Globe, Banker & Tradesman, and Forbes.com.

Growing up just north of Boston in a family with seven kids, his interests in housing and writing were sparked at a young age. His father Al regularly conscripted Jim to hold flashlights and foot ladders while he performed home improvement projects, and his sixth-grade teacher gave him high marks on his first attempt to write a short story. These two formative experiences have had an outsized influence on Jim’s professional life.

Jim joined his father’s home inspection business the day after he graduated high school and he learned how to evaluate homes at his father’s elbow. Later, he took over the family business and eventually started writing about inspections and construction for his local newspaper, the Lancaster Times.

After 25 years of inspections and a short stint as a condo rental agent/home inspector in Puerto Vallarta, México, Jim returned to the Boston area, inspected a condo for a very pretty girl, married her, and launched a full-time writing career. He’s been writing for newspapers, magazines, and websites ever since. His work has appeared in hundreds of publications in the United States and beyond.

Jim is as proud as can be about his three whip-smart, funny, and limit-testing kids: Seamus, Brendan, and Jamie. Home Buying In 30 Minutes is dedicated to them and especially to his wife Kelli, who is the mainsail of the family ship.

When not writing, Jim can most often be found close to home working in the yard, doing home maintenance, or grilling dinner to perfection out on the deck. He’s especially fond of double IPAs, great writing, and unlettered travel companions. 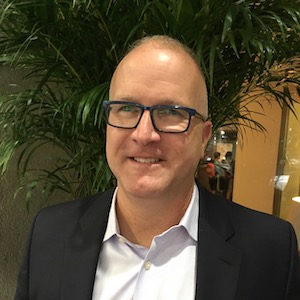 Connect with the author

The author and the publisher make no representations with respect to the contents hereof and specifically disclaim any implied or express warranties of merchantability or fitness for any particular usage, application, or purpose. The author and the publisher cannot be held liable for any direct, indirect, incidental, consequential, or special damages of any kind, or any damages whatsoever, including, without limitation, those resulting in loss of profit, loss of contracts, goodwill, data, income, information, anticipated savings or business relationships, arising out of or in connection with the use of this book or any links within.